Flying already sparked fear for many before the pandemic, and it’s understandable to be a little more nervous about the idea of a crowded plane now. And since fewer people are flying, there are fewer ways to learn about what traveling is like now. As a frequent flier, I found myself taking several trips in the last several months, each one a little different as the year progressed. Here’s the story of one trip I took in September to show what flying is like nowadays.

There’s that moment of mild alarm I feel every time I’m driving away from my house- “Oh crap, did I remember to bring my mask?” Half the time I have forgotten and have to go back home. Today that feeling was especially strong because I’m flying and airplanes don’t wait around for brain farts. Keys, wallet, Benni. Keys, wallet, Benni.

I’m headed down to one of our factories in California to work through some production details and to sneak in a little early morning surfing. It’s September now and things are a lot different than when I flew in May. Back then, it was pretty intimidating to fly or even leave the house for that matter. So little was known at that time. This is my 3rd time flying during the COVID era. Well, 4th if you count my repatriation flight in March when I cut a trip to Panama short to rush home while the White House was banning flights from Europe.

Since then we’ve learned a little about this disease and I’ve learned a little about airplane cabin filtration. Before working at Benni, I did a lot of airplane cabin design. I was pleased to learn that airplane cabins were engineered to minimize the spread of airborne diseases. One of the smartest things they did was to circulate air from the aisle ceiling across each row to the floor, so that practically speaking, you’re only sharing air with the people in your row, which in my case is no one. Also, cabin air is completely recirculated every three minutes through HEPA filters according to Airbus and American Airlines. Compared to hospitals that are cycled every 10 minutes and offices that are often 30 minutes or longer, airplanes might be considered some of the safer public spaces.

Curbside dropoff was surprisingly busy for 5:45am, but that seemed to be only for Alaska passengers. The rest of the airport was pretty quiet.

A lot has evolved since May. The check in desks are surrounded by thick acrylic shields. Every single person I saw was wearing a mask the right way. Not pulled down under their noses. Not under their chins. Seems like people have really adjusted to it, at least in Seattle. The last time I flew, there were a lot of people wearing them under their noses, including my flight attendant, and a handful of people who weren’t wearing masks at all. I will never forget one extremely hostile looking guy, wearing an anti-mask shirt and openly challenging anyone to confront him about it. That feels like a lifetime ago. Or was it last month? What is time?

The check in area wasn’t exactly crowded, but again I was surprised to see how many people were there. My agent told me that it’s busy like that in the morning and then the airport clears out by around 11am and is empty the rest of the day. Security lines were pretty light and people were very good about maintaining distance. TSA agents now wear masks as well as wrap-around face shields.

I noticed that people I talked to put a lot more cheer in their voices than usual to make up for the lack of facial expressions. I also noticed that I was doing the same thing. In Seattle, where we are known for being very cold and standoff-ish, I count this as an improvement.

Once airside of security, the airport was pretty relaxed. Nearly all the shops are open again–– most of them were closed last time I flew. A lot of the food services have implemented online ordering systems, but you can still queue up if you’re so inclined. I don’t like eating this early, so I picked up a muffin and a yogurt for later and headed toward the gate.

People seemed to generally abide by social distancing in the seating areas, but there were quite a few times that people walked much closer to me than I would have preferred.

While I was waiting, I heard an announcement from the next gate over that they didn’t serve food or even allow people to eat their own food onboard, so I scarfed my yogurt standing at a charging station, awkwardly pulling my mask down to spoon feed myself and then pulling it up again to chew. Being forced into such an awkward position taught me something new about myself––I unknowingly take a deep breath before I take a bite of my food.  I had to make a conscious effort to breathe while wearing my mask lest I inhale a big gulp of delicious airport air with my spoonful of yogurt. The other thing I learned was that thinking obsessively about the way you eat while standing in an airport is actually quite uncomfortable.

Curiously, there weren’t very many people flying for business. These early morning flights from Seattle to California are usually about half business travelers, but this morning most of the other passengers were couples or friend groups. In the entire airport, I only saw two children.

One of a few genuinely positive changes to travel during COVID is the end of those crowds around the gates at the first announcement. It seemed that everyone preferred to wait as long as they could before lining up, which resulted in the most humane and orderly boarding process I’ve ever experienced. I personally waited until everyone else was on the plane before I boarded, so that the jetway was empty and everyone seated by the time I got to my seat. With lower capacity and such a smooth boarding process, we were able to leave a few minutes early. That’s one big way that flying during COVID is almost an improvement over the normal experience.

Another small but significant discovery is that wearing a mask makes public restrooms a little less unpleasant in an olfactory sense, especially when that restroom is located near a Starbucks. You have to enjoy the little things in 2020.

I’m pretty cautious when it comes to my COVID protocols, but the guy seated across the aisle from me wins hands down. He was wearing goggles. No criticism about that, but it looked pretty uncomfortable. They fogged up so much at one point that drops were running down the inside of it.

Alaska Air only books one seat per row in First Class and blocks out the middle seat in economy, so the cabin was fairly comfortable and quiet for everyone. The rest of the flight was uneventful, other than the wildfire show in the mountains in California. I like to sit on the east side of the aircraft to gawk at the mountains on this route.

If Seattle was an optimistic and encouraging look at how we are adjusting to life with COVID, San Diego was the equivalent of waking up from a great dream and realizing that, well, it’s 2020. Almost everything was closed. Not just a little closed, but emptied of inventory. Good luck grabbing a bite to eat between flights if you’re transiting.

Of the entire trip, the worst experience was car rental. This has been true during all three of my COVID trips, all of which were to San Diego. The first time, I stood in line for one and a half hours. Inexplicably, there were only two parties in front of me during that entire time, and the line behind me grew ever longer during that wait. The lady behind me in line told me that last week in Atlanta she waited six hours. My best guess was that it had to do with staffing after COVID. On this trip I tried to evade this fate by using the express rental, but thanks to my rental company my plan was foiled, and I had to stand in line anyway. At least it was only about half an hour. I was annoyed by having to stand in line despite my foresight, but at long last the mystery of the long lines was solved. The agent at the stand explained to me that the rental companies sold off a bunch of their inventory, so it’s now really difficult for the staff to match customers with cars. So if you can avoid renting a car, definitely do that.

Overall, I have to say that despite wearing a mask and the many other challenges, I actually prefer COVID travel. It’s less expensive. There’s less traffic. There are no change fees. It’s much less of a cattle call experience. People seem overall to be more friendly and welcoming. Travelers are way more relaxed and best of all, I got a warm cookie after my meal. 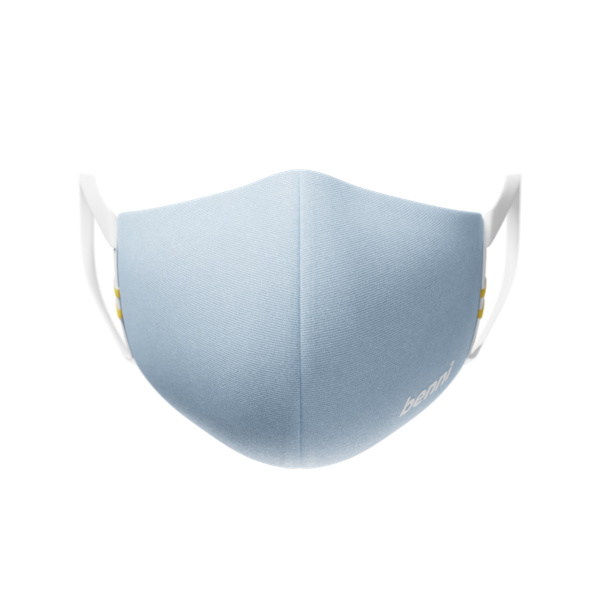 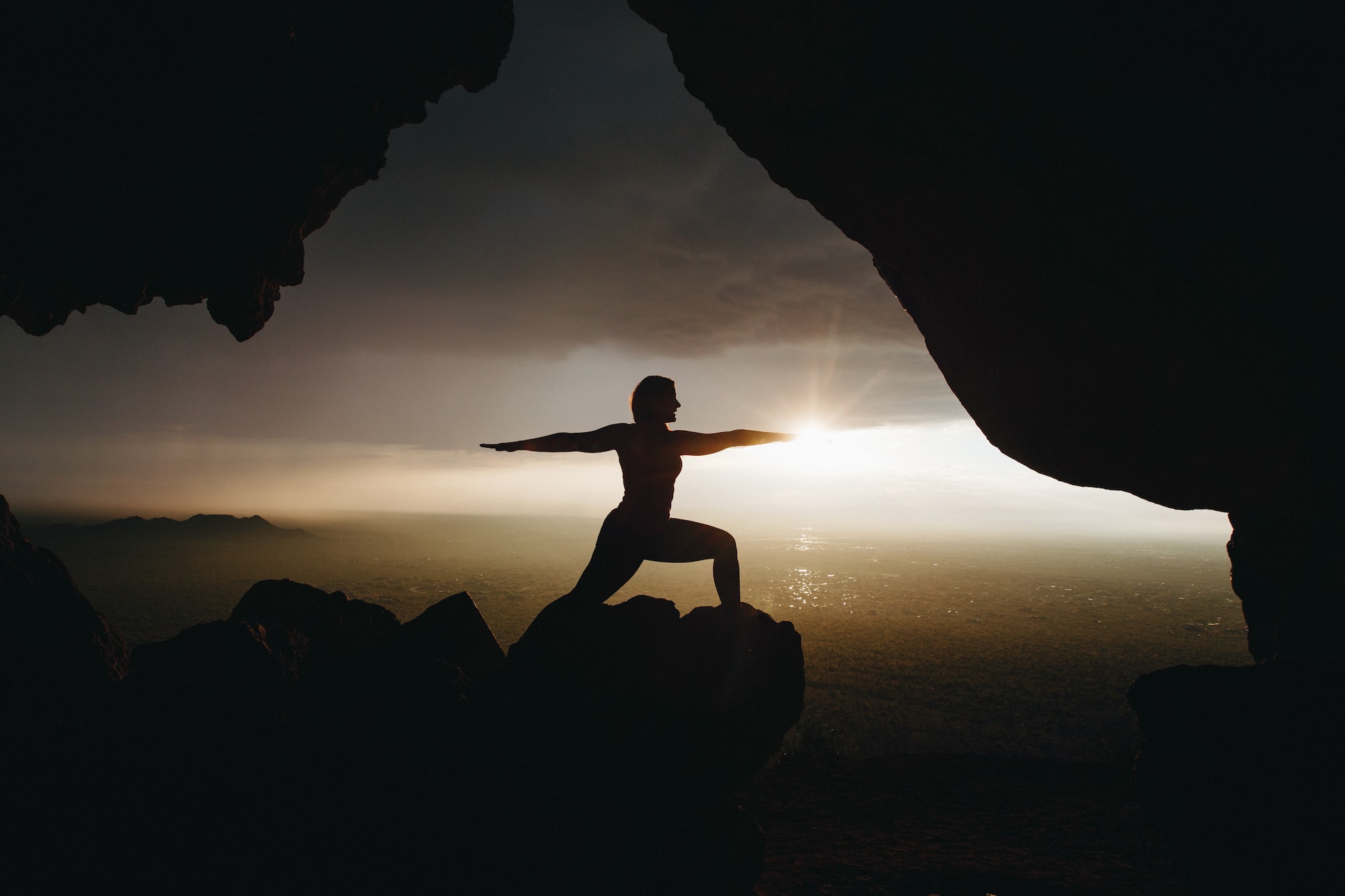 Sometimes we all just need to take a little breather, stretch our bodies, and quiet our minds. If you’ve ever practiced yoga before, you know how beneficial even 10